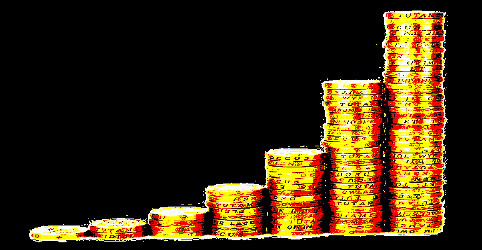 Proper risk management is still a bit of a mystery to me. I have come across bits and pieces of advice talking about stop losses, probabilities, position sizing etc. So far, I have only really practised honouring my stops instead of letting losers run away with my money.

Less than a month ago I started using Interactive Brokers‘ Trader Workstation, the demo account. Whilst it makes trading feel a little bit more real than just entering data of hypothetical trades into a spreadsheet, it doesn’t really add much more meaning. I have elaborated on that sentiment previously. My main goals at the moment are just to see whether I can guess stock moves right and to get used to IB’s interface.

Since the paper trading account has handed me a generous $1,000,000 to play with, position size doesn’t really matter. I decided not to pay attention to the share price to be able to trade stocks that would otherwise be barely affordable. However, I wanted to limit my transactions to a low number of shares to avoid any scaling issues that I wouldn’t incur with my puny trading account. I ended up leaving the default quantity at 100 shares per trade. So, I completed 21 trades in the last 4 weeks with shares between $2 and $140.

Some excellent trades early on were followed by a losing streak. My balance went to nearly $1000 and then plummeted to almost -$100. Since there were some pretty unrealistic trades in the pot – quite a few exceeded the size of my real trading account – I wondered what the P/L would look like had I traded with realistic limits. I retro-adjusted the number of shares per trade to cap exposure at about $1000. In one case that meant reducing from 100 to only 7 shares. The chart above depicts the two scenarios.

Here comes the surprise. My account would still be positive! I would still have about $200 despite the losing streak. This is quite a revelation for me to be honest. It’s also an unintended lesson because I never set out to learn about position sizing at this stage. What other insights are hidden in my previous trades?

This little play with numbers has really helped me appreciate the importance of managing position size. Now the challenge is to figure out how to go about this methodically.