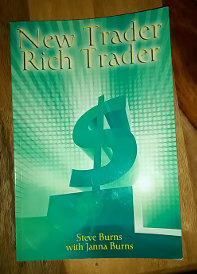 New Trader Rich Trader is a basic introduction to trading for newbies authored by Steve and Janna Burns. It’s been a wee while since I’ve read it. So, I thought I’d better write something up before I forget completely.
With all the free info out there in the www, I didn’t really intend to buy books at this stage. However, this one tickled me because of one thing Steve had said during his interview with Aaron on Chat with Traders. He rightly made the point that new traders don’t really know what they don’t know and claimed his book helps us ask the right questions. Now, I love asking questions, preferably the useful kind. That raised my interest. I glanced at some reader reviews and noted that it would cost me less than a tenner. Ordered. 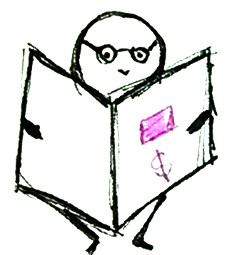 Some of the reviews praised how Burns manages to describe trading in simple language. That sounded good. Then I started reading, and it dawned on me. The title, of course, I should have guessed it! – The book is written in a similar style as Robert Kiyosaki’s Rich Dad Poor Dad series. The thing is, I had been bingeing on three of Kiyosaki’s books recently and had gotten sick of that writing style in the process. Don’t get me wrong, these books have value and offer loads of food for thought. However, they move so slowly by repeating their messages several times that it becomes tiring and annoying.

To be fair, Burns’ book is not quite as repetitive. Nevertheless, I struggled through it purely because of its style. That aside, I think it offers good advice for people who just get into trading. Even though I had heard a lot of the insights on Chat with Traders, I picked up the odd practical advice, such as stats to assess my strategy. It also contains recommendations for further reading which relate to each chapter’s core message. That’s a great idea and very handy for people who are into devouring trading-related books.

In conclusion, it’s not Burns’ fault that I suffered my way through his book. He chose a style that allows him to educate by telling a story which makes the subject matter easier to grasp and relatable. I might pass on my book to a friend who has shown some interest in trading, but hasn’t found the time to start yet. This book is a good starting point for a greenhorn.